Read for more informationPrivacy statement, It also provides information about how to delete Cookie from the hard disk.

Beijing 11, March, 2020: Led by Shu Huihao, general secretary of CICPA, a delegation made a research and investigation tour of our organisation to inspect the epidemic prevention and resumption of work and learn about what challenges and difficulties lie ahead for our organisation.  The delegation was warmly received by Grant Thornton China top management, led by Xu Hua, CEO of GTC.

The delegation made a tour of workplace at Beijing office, learned about the condition of work, epidemic prevention and resumption of work and work arrangements on conducting annual audit through remote collaboration in a high-quality manner.  General Secretary Shu, praised Grant Thornton people for their efforts in epidemic prevention, resumption of work, remote collaborative audit as well as their exemplary roles in positively organising public benefit activities and making donations of funds and supplies to epidemic-stricken regions. He also expressed sincere greetings to our staff in Wuhan office. 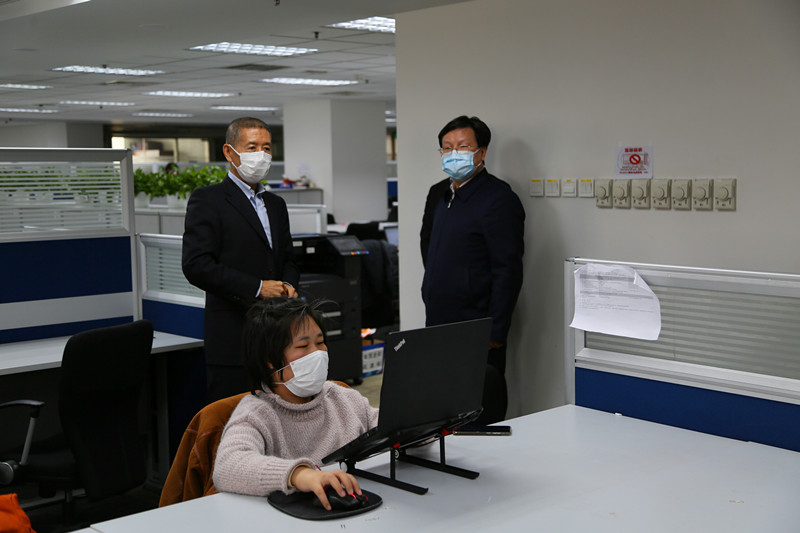 Xu Hua, CEO of Grant Thornton China accompanies Shu Huihao (1st on the right), general secretary of CICPA, to make a tour of the work environment